Though my life story reads more like an adventure novel set in such exotic locations as Costa Rica, Hawai’i and
the Desert Southwest, I was born in the State of Maine and grew up in Seattle where most of my weekends
were spent up at Mount Rainier hiking and skiing in the National Park. This sparked my passion for beauty and tranquility,
​for nature and especially for animals, which is now reflected in my art.

​From the time I was very young, I was obsessed with residential design.  I spent hours drawing houses and floor plans. I saved house ideas from the Sunday newspaper and magazines, cataloging them in notebooks of which I had dozens.  I built models, and in the summer would go outside in the yard and create mini landscapes for my toy cars.  I wanted to be an architect.

At the age of 13, I finished a two-year college level Interior Design certificate course in just six months earning straight A’s.  The college was amazed, but my father was a structural engineer, building buildings for a living, from shopping centers to hospitals and he hated architects.  He refused to allow me to become one.

EDUCATION
I began reading at the age of two, so my parents enrolled me in a private school at the age of two-and-a-half.  I entered college part-time at the age of 15 and received my Associate of Arts Degree at the age of 17.  I've earned a Bachelor of Science Degree in Business and a Master's in Finance.  My artistic talent came to me naturally so I never pursued it academically.  Never wanting to be a "starving artist", my father not wanting me to be an architect, I studied business and finance instead.

ART SHOWS
I have entered and been accepted into dozens of juried art shows, from the Edmonds Art Festival in Edmonds, Washington to the Hilo Rain Festival at Wailoa Center in Hilo, Hawai'i. I had success selling prints through Hawaii Magazine, while being represented by two different art galleries on the Kona side of the Big Island.

DERAILED
In 1994, I was working my dream jobs in Hawai'i.  I was freelancing as an ad artist for a local home builder and designing CD covers, while working full-time as a display person at a high-end department store.  One morning before anyone was in the store, a jealous co-worker attacked me in the backroom.

As a result of the attack, I suffered a near-fatal head injury and a fractured neck, causing me to go legally blind.  I had to learn to walk and talk again, regain my balance, and overcome severe agoraphobia. It all seemed so impossible.  My employer did not call an ambulance.  I was denied medical care.  My friends, one of whom was a Naturopathic doctor and another an Acupuncturist, took care of me.  The Social Security office in Hawaii denied all my claims.  I never got a settlement but I still had rent to pay and mounting medical bills. As I lay helplessly in bed, I had to figure out a plan.  All I had to offer was my artistic talent, but I was now legally blind.
​
I worked with two Behavioral Optometrists, one of whom flew in from Maui never having seen such a serious head injury where the patient lived. That was real encouraging!  I began teaching myself to draw again starting with simple line drawings like a kid. I then turned those line drawings into stencils and started a business simply called “Animal Stencils”.  As I taught others to paint animals, I was recovering my own skills. Five years after the incident I was back working with pencils.

Denial and determination are incredible healing tools, ​but the real healing didn’t begin until seven years later when I bought a house in Hilo and began working outside in the yard. 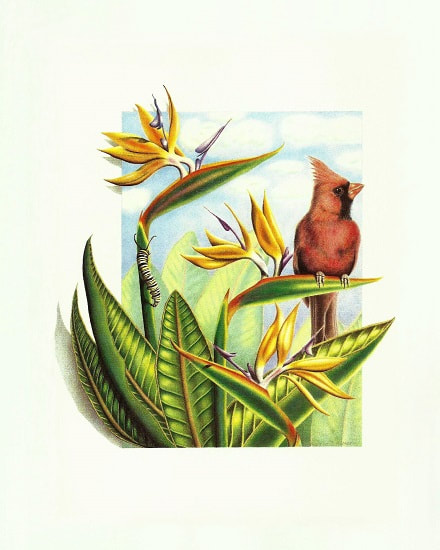 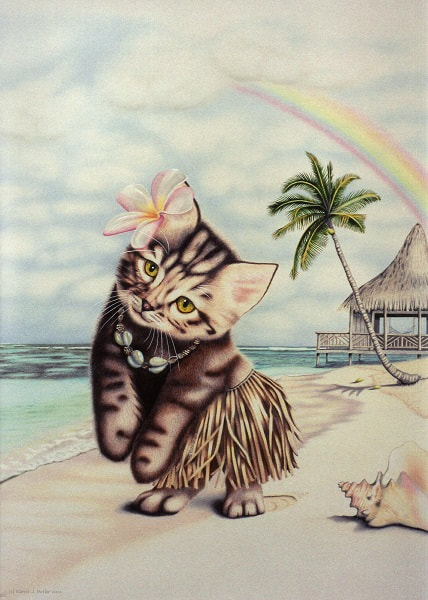 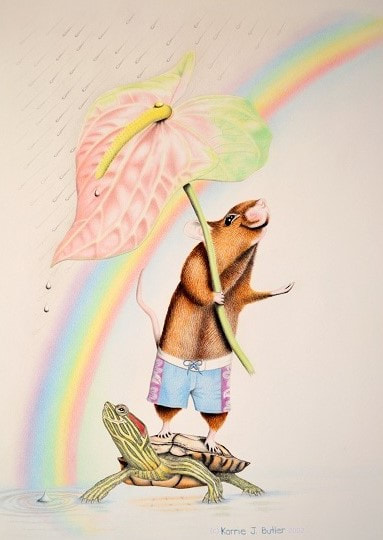